When I finish at the office, it’s generally time to get back in the car and go back home, where, if I’m lucky, I’ll be able to go for a 20-minute walk around the neighborhood after my daughter goes to bed. 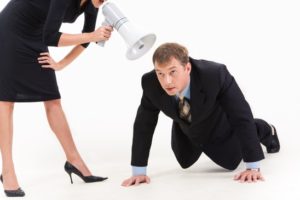 The current pattern of my life defaults me to a very sedentary state, while the everyday manners and social niceties of the office environment further conspire against a more active (and healthy and productive) mode of daily life.

Some sedentary workday defaults include:

Automatically wearing very nice clothes to the office every day of the week. (Is this really necessary?)

Thinking colleagues will look askance at a sweaty middle aged man in the middle of the workday. (Will they?)

Fearing a self-directed lunch hour. (That never eat lunch alone guy makes a good point about networking, but you don’t have to eat lunch in a group every day.  You need that time for physical activity … or at least some meditation.)

Having a lack of knowledge that the office even HAS a shower available. (Ask around.)

What does this have to do with digital detachment?

The thesis is roughly this:  If you’re a “knowledge worker” like myself, there’s no getting around your day being dominated by screens and pixels and “data.”  So, it’s of paramount importance that you use detachment to cultivate a work environment and philosophy that prevents your humanity (i.e. your body’s need for motion and exercise and screen-free stimulation) from becoming stifled and pent up.

You can start small.  Here are some suggestions:

Do 10 push ups either first thing after entering the office or the last thing before lunch.  You wont even work up a sweat.

Go sit Indian style with your laptop.  Work without a chair.

If you’re taking an elevator, take the stairs.

Are you lifting weights at the gym?  Then bring some barbells into the office.  Don’t fall for the classic trap of domain dependence.  As Nasim Taleb points out: Think about the absurdity of a well-muscled wall street gym bro … giving his luggage to a bellhop to carry up to a hotel room.  Domain dependence is your enemy when it comes not taking advantage of exercise and movement opportunities at the office.

If you’re taking the stairs one at a time. Take them two or three at a time and go as quickly as you can.

If you work up a sweat, so what?  It’s likely people won’t even notice. Ever read the one about the Barry Manilow T-shirt?  Moral of the story: Research shows people are paying less attention to you than you think.  So go ahead and move around until the sweat beads up on your brow and your perfect haircut is all out of place.

Have a shower at the office? You can be more ambitious.

Pick one day a week to bike to work.  No excuses.  Wednesday is bike day.  Bring your towels and toiletries and even an outfit in ahead of time and store them at the office. That way your pack will be lighter.

Or if biking’s not your thing, pick one day a week to go on a run during your lunch hour, showering when you come back.

Too much for you?  Pick a day to go to a nearby park during lunch with only one mission.  Work up a sweat and get dirty.  Do some yoga poses in the grass … whatever … just get moving.

You maybe wear exercise clothes three days a week and spend your workday trying to get in as much movement as possible.

You look forward to long breaks of ditching the screen and cell phone, which in turns makes the hours you DO spend in front of the screen radically more productive than before.

You commute home with the windows down in the middle of summer … just to work up the sweat.

People in the office notice you looking and feeling much happier and ask for advice.  Maybe you start a doubles tennis tournament at lunch hours…

By actively looking for opportunities for physical activity during the workday, you take yourself off autopilot and raise your consciousness of what’s truly important.  Yes, the workday is for work. And that means gazing at a screen.  But it doesn’t mean you need to meekly accept the default, sedentary strictures of typical office life.  A little detachment goes a long way.